In the previous article on the Astrologian, we talked about this suggestion from Reddit: Currently, based on current math and statistics collected from FFlogs, we know that: SCH is hilariously overpowered; even moreso than WAR is for tanks. People barely take AST and AST, in both Diurnal Sect and Nocturnal Sect, is still horridly underpowered […]

In the previous article on the Astrologian, we talked about this suggestion from Reddit:

Currently, based on current math and statistics collected from FFlogs, we know that:

We know this when we examine the data primarily gathered through data logs regarding clears and party compositions through FF logs. Square primarily takes into account which jobs are and aren’t taken into parties for Savage content when balancing them. If we examine the current clears for A8S, we find:

This tells us that next to nobody is taking a N. AST, and very few people are taking a D. AST, leading the general consensus to be that Astrologian as a whole is underpowered, even in Diurnal Sect.

The usual argument against that is that AST should be taken into farm parties and WHM into progression, but these statistics show us that even AST isn’t being taken into large farm parties. Besides that, no single job should be regulated to permanent “farm duty”; all classes should be viable in progression.

I think we all know at this point that AST in its current form has many issues; it has been discussed before. Currently what prevents it from being taken over WHM is:

AST has the equivalent healing strength of a WHM pre-3.0. It does not come with the added benefit of extra oGCD security that WHM has.

Naturally, this means that AST has more to offer than WHM in several areas, namely MP management, mitigation, and card buffs. But therein lies the main problem:

Are the card buffs and added mitigation enough to warrant taking an AST over a WHM? In its current iteration, statistics show us the resounding answer is no. The mitigation AST provides is not capable enough of replacing two insanely useful tools (Assize and Cure III), and the cards are too unreliable and weak to make enough of a difference. 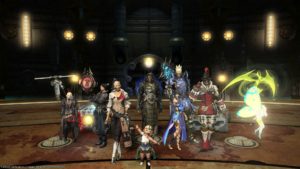 I agree, AST cannot be chosen since the obvious chose is still WHM. So I guess the game developer behind FFXIV should really consider rebalancing in favor of AST.

Balancing can be a fickle thing as there is no perfectly balanced MMO. There will always be classes or jobs that will be gimped no matter what. However, developers should always make an effort to reduce the strength gap of classes as much as possible.

Check out the other suggestions to improve the Astrologian class in the next articles!

The Best DPS and the DPS Gap

It is pretty hard to balance an MMORPG with a lot of classes in it. I am no game developer but I can imagine all the balancing they have to do in other to level the difficulty in the raids and dungeons and also to suffice the rants of the players all over the world...

The Best Tank in the Game

I have come to realize that in playing any game, you have to choose the best among the choices of character / class. Picking the “what suits you” class or “what is fun to play” in your FFXIV Account is not applicable anymore. Emphasis on this even more if there is...

Who is the Best Support: Machinist or Bard?

As I shared some information about the new ranged support job in Final Fantasy XIV last time, the Machinist, a question came to mind. Now that there are two physical range DPS in FFXIV, which is more powerful between the two, Machinist or Bard? The follow-up question...