This is the final part of our Revenge of the Horde Update! With so many new quests, balances, and changes, it can get overwhelming! Tread carefull, Eorzeans! If you missed the first two parts, click here and here! Level Requirement Disciple of War or Magic Item Level Requirement – Item Level Sync – Party Size […]

This is the final part of our Revenge of the Horde Update! With so many new quests, balances, and changes, it can get overwhelming! Tread carefull, Eorzeans! If you missed the first two parts, click here and here! 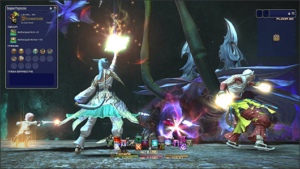 Now that you know these updates, you will be aware on what to take advantage and avoid being at a disadvantage. The progression treadmill can be attained easier by being aware of these changes. More updates to come from Revenge of the Horde!

Tons more to see in the FFXIV Revenge of the Horde update! Read on to see the new quests!

Revenge of the Horde Continuation

Rules
The Palace of the Dead employs a set of rules unique to the deep dungeon.

Players will start at level 1 regardless of their current class or job level. By defeating monsters that appear in the dungeon, players will be able to gain EXP and level their characters up to 60. The levels gained in progression of the dungeon, however, will not be the same as what players will receive upon clearing. (See Below)
* Players currently on their free trial or who have not yet purchased FINAL FANTASY XIV: Heavensward will also be able to level their characters to 60 inside the Palace of the Dead. 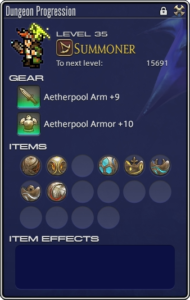 There will be no adjustments to or restrictions on any actions, additional actions, or statuses. However, players must first reach the required level in the dungeon to have access to them. Players will even have the opportunity to gain actions and statuses above their current level regardless of whether or not they have completed the necessary class or job quests.
* Please note that players who have entered the deep dungeon with a class will be restricted from using any job actions.

Now that you know these updates, you will be aware on what to take advantage and avoid being at a disadvantage. To buy FF14 Gil is still up to you if you think you still need more in-game currency at your disposal. More updates to come from Revenge of the Horde.

Let’s continue on the changes made with the Revenge of the Horde update in Final Fantasy XIV. Knowing these updates will greatly affect your FFXIV Gil farming so read up! 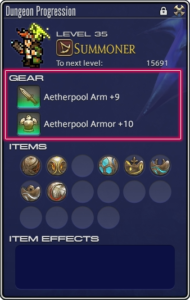 Aetherpool gear can be enhanced by accessing silver coffers. These coffers appear randomly on each floor and after defeating certain enemies. When enhancing gear, there is a chance of failure that varies depending on the current level of your gear and the floor where the silver coffer is found. Aetherpool gear can be enhanced to a maximum strength of +30. In the event the strength of your aetherpool gear exceeds the maximum allowed by your current level, its attributes will be synced.

Aetherpool gear is not subject to durability loss, nor can it gain spiritbond when inside the Palace of the Dead.
* This also applies to any gear equipped upon entering the instance.

Players will, on occasion, obtain pomanders from treasure chests within the Palace of the Dead. These items have various uses ranging from displaying the entire map of your current floor, to providing party members with beneficial effects. Up to three of each pomander can be held at any time. These items can be found in a shared inventory to be used by all party members.
* Normal items such as potions can still be used independently of this shared inventory. 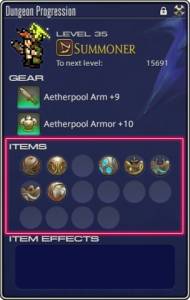 Pomanders cannot be taken outside of the Palace of the Dead. When in a matched party, they cannot be used after the completion of a set of floors. Pomanders that affect the map cannot be overwritten with the same item when their effect is already in play. Please note, however, that they will still be consumed upon use.

Certain pomanders can be used to transform the player into an enemy NPC. The effect lasts for one minute, and will grant the user a different attack for the duration.

Now that you know these updates, you will be aware on what to take advantage and avoid being at a disadvantage. Get out there and conquer the new challenges!

Ifrit Hard Mode! The Demon Within!

It has been awhile when I first started playing Final Fantasy XIV. It was A Realm Reborn FFXIV Account back then. I finished the story and managed to pass through the Primals. I was thinking, “I hope there are harder difficulties for these Primals.” Lo and behold,...

Last time I shared you my experience in the Primal Fight against Titan in Hard Mode. Now I would like to share to you guys my Titan Extreme experience. Brace up because you will enjoy this ride! Titan Extreme Experience So like I said, you should brace up on my Titan...

Here is another reminiscing moment again, this time, my experience in trying to finish Titan Hard and Extreme. This fight really is, if I may, a pain in the butt! Like most of the dungeon fights in my FFXIV Account, if you disregard the mechanics, you are dead. Most...