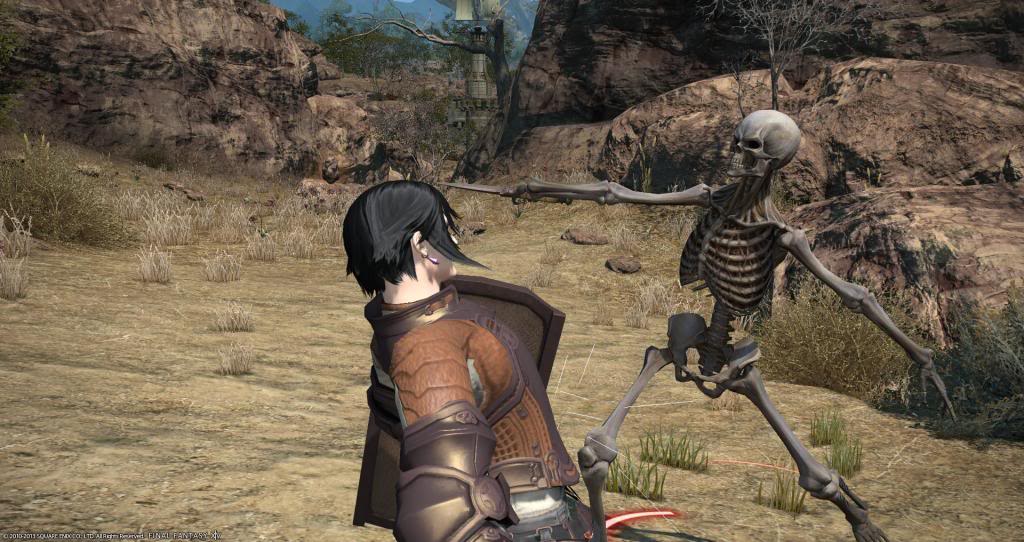 After doing the In the Grim Darkness of the Forest quest on your Final Fantasy XIV account, speak to Roseline to begin the next quest, Threat Level Elevated. She will entrust you with a letter that contains information about the suspicious stranger, and you must deliver it to the other sentries. First, head to the Bannock and hand Roseline’s Missive to Elmar. Head south to hand it to Bernard. Finally, to the west, you will find Eylgar. Give the letter to him to conclude the quest. You will earn 2,100 XP, 169 Gil, and one of the three optional items: Hard Leather Caligae, Hard Leather Sandals, and Allagan Bronze Piece.

This quest is unlocked along with Migrant Marauders. Keitha is in need of roselet seeds to create an oil that soothes distressed chocobos. She will ask you to obtain 6 roselet seeds from the roselets that inhabit the area around Galvanth’s Spire. Once you have done so, deliver the seeds to Keitha and receive your reward of 2,625 XP and one of the optional items: Hard Leather Harness, Hempen Robe, and Allagan Bronze Piece.

Eylgar wants you to verify the claims of a Lalafellin peddler who was “attacked” by winged beasts on the road south of Bentbranch. Talk to Eylgar to prompt the quest, and then retrace the Lalafellin’s steps to search for any evidence to support his claim. You will stumble upon a large vulture egg as you investigate further, and two northern vultures will appear. Slay the winged beasts and seek out Lothaire, just west of Galvanth’s Spire, to inform him that you have succeeded in your task and claim your reward of 2,625 XP, 189 Gil, and one of the three optional items: Cotton Turban, Brass Spectacles, and Allagan Bronze Piece.

It seems the road to Bentbranch has become too hazardous for travel, and so Lothaire wants to ask for your help to make the area safer. Accept his quest and make your way to the Tam-Tara Deepcroft to the southwest and dispatch 4 Magicked Bones outside the entrance. Afterwards, return to Lothaire to conclude the quest and claim your reward of 3,080 XP, 179 Gil, and one of the four optional items: Brass Spear, Wrapped Maple Longbow, Ash Radical, and Allagan Bronze Piece on your Final Fantasy 14 account.

Revenge of the Horde Update Pt. 2