No MMORPG is perfect, that for sure I can say. There will always be suggestions on how to improve the game even if those opinions are quite not needed. I get that even the littlest part of the game could be done better because I, too, have those sentiments sometimes. We can’t take away anything […]

No MMORPG is perfect, that for sure I can say. There will always be suggestions on how to improve the game even if those opinions are quite not needed. I get that even the littlest part of the game could be done better because I, too, have those sentiments sometimes. We can’t take away anything from the game companies and developers. They do their best to make their MMORPG as great as possible. No amount of gil can quantify the level of quality the games these developers release.

I know we should give developers and game companies no doubt that they give their best on keeping the quality of their MMORPG, but that doesn’t mean we shouldn’t give suggestions. Like this guy in FFXIV subreddit, he gave a really good suggestion that I want to share with you guys:

i.e. Have areas of the world that are mutable, that react to player actions.

Currently, like many MMOs, the game world is either static (structures, location of mobs and NPCs don’t change) or random (mob and NPCs can be at various locations, purely random, no logic behind it).

Of course such mutable areas will have limitations,

What kind of “reactions” should the game world have?

Types of mobs spawn in different parts of the zone (in different densities) depending on various factors like how extensively are they hunted by players in their current area, where are the predator mobs that prey on them are … etc.

Structures like huge gates being opened or closed depending on whether that are enemies on the other side – of course you can get to the other side in a roundabout way to chase away the enemies.

Presence of specific mobs in specific zones altering the flows of rivers opening and closing paths. 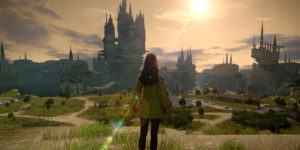 This is quite an ambitious suggestion but I agree with him. Worlds can be more immersive if all in his post is possible. That is quite a world for an MMORPG. It will be a better experience for me while farming Gil if the world I am exploring acts like this. Still, very hard to pull off for game devs.

What do you think? Leave your opinion in the comments section below.