Let us continue on to the last part of the player suggestion on what he thinks should do to Astrologian so that it can be legit in Final Fantasy XIV as a standalone healer. Now, you cannot pick being an Astrologian because White Mage and Scholar are too good. Therefore, Astrologian is the least to […]

Let us continue on to the last part of the player suggestion on what he thinks should do to Astrologian so that it can be legit in Final Fantasy XIV as a standalone healer. Now, you cannot pick being an Astrologian because White Mage and Scholar are too good. Therefore, Astrologian is the least to be desired in groups and raids as a healer, even as a secondary healer. Wanting to main Astrologian is nearly impossible, really. It’s almost we have to buy our way into a raid team just to be able to Astrologian in a raid.

Here is the last part of France-‘s post in FFXIV Reddit about what he thinks on the balancing for AST:

So what needs to change?

tl;dr: What does AST need for it to become truly viable in progression raiding? Can it ever truly be viable? SCH is broken and it makes it hard for it to compete and it has no security in terms of cooldowns for progression raiding in place of a WHM. The solution isn’t a complete rework and it’s not to leave it completely alone. 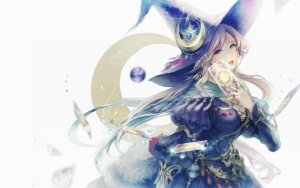 However, there is a danger in nerfing other healers in order to compensate a gimped class like the Astrologian. A lot of content in FFXIV are pretty much overtuned, meaning a lot of raiders have already been clearing instances in the tightest of circumstances. There is the threat of making current content too hard for current healers and that wouldn’t be ideal in an MMO.

If they nerf SCH and WHM just to bring them in line with the AST, the content also has to be nerfed to a certain degree. If ASTs get buffed in line with the other 2 healers, then they may not even have to touch the current instances. Frankly, it really points to the direction that buffing the Astrologian is the more logical choice to maintain the viability of every class and to keep the game fresh and interesting.

Granted, there will never be a perfectly balanced MMO, but if there was a game that could possibly do it, that might very well be FFXIV itself. Squeenix, however, has to acknowledge this and get to working on changing the classes quickly!