Ifrit Hard Mode! The Demon Within!

It has been awhile when I first started playing Final Fantasy XIV. It was A Realm Reborn FFXIV Account back then. I finished the story and managed to pass through the Primals. I was thinking, “I hope there are harder difficulties for these Primals.” Lo and behold, there were really harder modes of the Primals. […]

It has been awhile when I first started playing Final Fantasy XIV. It was A Realm Reborn FFXIV Account back then. I finished the story and managed to pass through the Primals. I was thinking, “I hope there are harder difficulties for these Primals.” Lo and behold, there were really harder modes of the Primals. Will people be needing to do them because I really wanted to try killing them? Fortunately, in order to get the strongest weapon in the game back then, you had to finish all of the three and finding groups wanting to finish the Primals was easy. I rememeber the feeling I had when I saw first Ifrit in hard mode. Goosebumps all over my skin thinking about it again.

I was relaxed and easy going when I entered the Bowl of Ember Hard Mode because I was with four friends (one was able to finished it already, he just reran it with us). I was expecting an intense fight and I was not disappointed.

For the First phase, this was what I remembered with the best of my ability, as a healer, I only had to heal and wait for an area of effect on my spot and avoid it. It was pretty “meh, this is easy” first phase because that’s all MMO101 if you ask me. So yeah, what a pretty boring first phase. 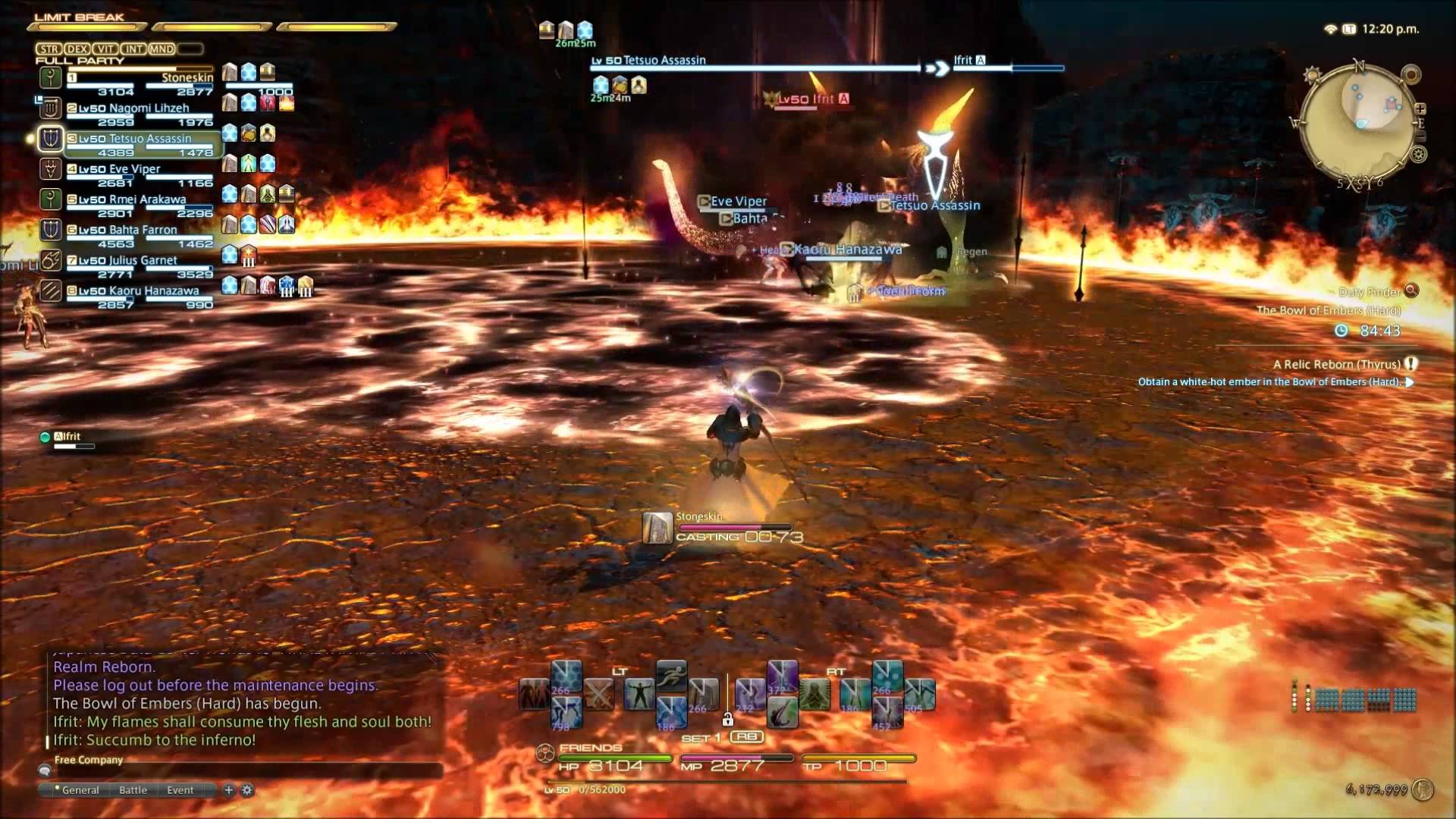 Phase 2 onwards were where the real fun began. In phase 2, Ifrit gains two new skills in addition to what he did in first phase. Yeah, more things to avoid and keep in mind, exciting for me as a healer. Radiant Plume made all people in my party scatter like ants showered with water. People ran to different directions.

Phase 3 was where I first had a taste in FFXIV of “you need to do some damage” as a healer. Even healers needed to contribute to damaging the nails or we wipe. Fortunately, the limit break of casters back then was still strong and can kill all of the nails at once. Pretty intense because it was a dps race.

Phase 4, total chaos. Dead bodies of my party members pile on as they lacked the reaction time to avoid all of Ifrit’s skills. Pretty insane. We were in a voice chat by the way while taking on Ifrit. You can hear nothing but screams like that of scared little girls while we avoid all of the explosions while doing our jobs in the raid team. After all was set and done, we were just laughing. Laughing to the thought of “we managed to kill that even though half of the raid was dead?” and “that’s the very first intense “avoid aoes” fight we encountered in the game”

Crazy but fun. How about your experience in Bowl of Embers? How was it? Share it with us!