The Positives of the Multiple Job System

Have you ever loved an MMORPG that you want to try everything out in the game? Normally, you would create a character meaning you will only have to choose one class or role. Yeah, that’s what I’m talking about. You don’t want to be limited to only one class or role, therefore, you will have […]

Have you ever loved an MMORPG that you want to try everything out in the game? Normally, you would create a character meaning you will only have to choose one class or role. Yeah, that’s what I’m talking about. You don’t want to be limited to only one class or role, therefore, you will have to create another character with a different path to your first created character and as much it will be fun, it is still a pain. However, we’ve got the multiple job system in FFXIV.

A Blessing in Disguise: The Multiple Job System

Good thing, the pain of creating another character just to try another class or role is non-existent in Final Fantasy XIV due to the multiple job system. You would only need one character to play all of the classes in the game. Well, providing you have leveled up the required professions needed to play that class which is somewhat a hassle. But then again, it is better than creating another character and in my opinion is a lot more hassle. Why? You have to customize another beautiful or handsome and cool or cute character but you ran out of

Why? You have to customize another beautiful or handsome and cool or cute character but you ran out of idea because you exerted all of your effort in doing so in your first character. Another one is the name of that character. I usually use only one name in every game that I play for my character and creating another one would entail that I have to think of one again which is hard. I know you can relate to this but if not, I may be suffering from a sickness that a doctor cannot remedy. 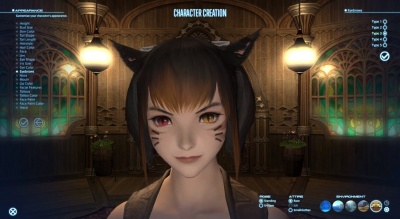 The only bad thing about Final Fantasy XIV about freely switching roles or class is that you have to get gears for them. Yeah, I know that is normal and it would be so easy if one only needs one set of gears for all roles. It’s not about that. The things that are tied to that. Progression, gating in the game, and last but not the least, the inventory space needed to bring them all anywhere to be able to freely switch anytime which I wish.

An Inherent Problem with the Multiple Job System

Chances are, even if you maxed out all your jobs, you may not have any viably competitive gear on them. Gear is especially troublesome as we all know how intense the progression treadmill can be in FFXIV. While the multiple job system adds a layer of depth to gameplay, it also adds a heftier grind that can be painful for many players.

Let me know what you think about this great problem solved (at least for me) by Final Fantasy XIV.