Let us go back to reading the opinion of an FFXIV player that has an opinion on why the Astrologian needs more love. It isn’t cool in an MMO whenever there are classes that are not viable at end game. Continued: Buff the Astrologian! Here’s the third part of France- post on Reddit: So what […]

Let us go back to reading the opinion of an FFXIV player that has an opinion on why the Astrologian needs more love. It isn’t cool in an MMO whenever there are classes that are not viable at end game.

So what makes SCH broken and N. AST terrible?

There are many things, but the two things that we’ve learned are Deployment Tactics and the Fairy.

The math shows that DT is grossly broken. Same goes for the fairy. SCHs power is hard to overstate. This has been proven again and again; and even blowing through all your cooldowns, SCHs shielding and HPS blow it out of the water.

For AST, the initial shield potency is 150, with the shield value being 20% stronger than that. You can throw in Synastry, alongside the initial 5% healing boost.

SCH can deploy a 300 potency shield. This alone beats AST’s capabilities. To get through J Storm, you’ll be deploying off of a WAR in defiance (+20% healing) and Conva (+20% healing).

AST cannot compete on this end. DT is simply too good.

Total HPS over time also drastically moves in favor of the SCH with the fairy thrown in. SCH is broken. 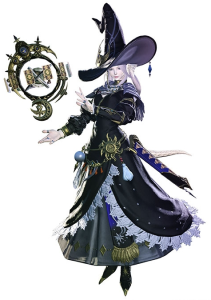 AST has use, no doubt. The main problem is still that AST cannot hold its own. There is still this “Why would you AST when you can WHM and / or SCH all day long” mentality. It is as if that AST is just there if you will run a not too serious run like let’s say helping a lowbie out in a lowbie dungeon and it is a chance for you to solo heal as AST. There are more problems with AST going to be discussed in France-

Clearly, our redditor can see that the Astrologian truly requires a lot more buffs in its numbers. He’s not yelling out to nerf other classes or buff Astrologians obscenely, but it does have to be on par with other healing classes if it hopes to survive as a viable class. Again, why go with AST if you can just go WHM?

If Squeenix has no plans in buffing AST to WHM and SCH levels, there should be at least more skills added to the Astrologian’s arsenal to make it more unique. It should have a toolkit that is unique only to him and is useful  in scenerios where WHM and SCH would be lacking in. Whether this be in shielding, better AoE healing, good damage or whatever else, it doesn’t really matter so long as it gets something good to set it apart from the rest.

In the end, it’s either the numbers or skills that have to change in order to be able to make Astrologian a force to be reckoned with on its own.

There are more problems with AST going to be discussed in France-‘s post. Look forward to it guys! You don’t want to miss the next article!